I would like to know if there is a way i could put gray color on a image to represent a disabled service.

If you are referencing images by URL you could have two alternative images and based on the condition you could display the appropriate image.

Alternatively you could use "Scripts and styles" and with CSS adjust image color/opacity. 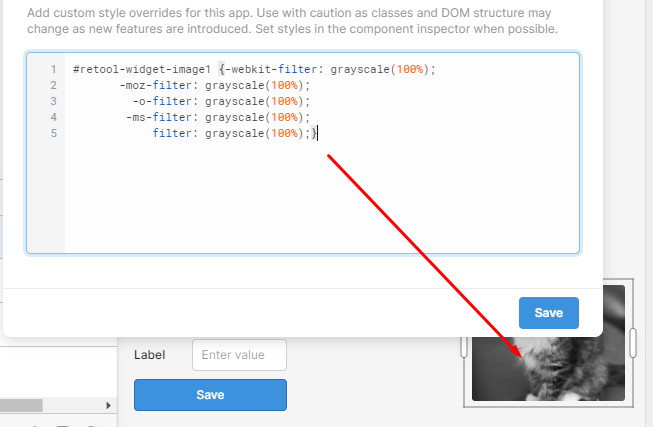 Hey @stefancvrkotic thanks for the fast response!

The first option is what i had in mind but i was trying to avoid that. I want to avoid having 2 images hardcorded for each of the variants.

The second option would not be viable as this would be dynamic, somes images would meet this conditions and others not, depending on an API response.

I thought maybe retool had a feature for something like this that i had not discovered i wanted to be sure before making a workaround.

Thanks anyway for your support.