This is my first post on the Retool forum, I hope to contribute more and more (as much as possible =D).

My name is José Ícaro, I graduated in Dentistry, but calm, I use a computer since 1994 and have studied Computer Science and other 3 universities, but only finished Dentistry (I do not take this as a merit, in fact, what matters most to me is to be happy and try to generate good things while we can). 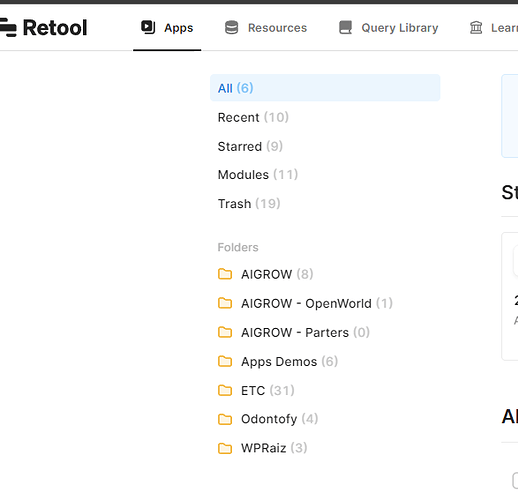 I'm on Retool for +- 1 month and if I could summarize in a sentence what I am/we are going through (I am the founder of a Brazilian startup) I would say something like: "We found much more than we were looking for months ago to launch our MVP".

A package of solutions for agencies and companies, B2B model of digital marketing where we intend to market the Apps/Panels in a customized way for companies nationwide and in Latin America and also offer customized Apps (in a second moment, for now only the model with the items below).

We have a few apps in validation but I was able to create them by myself (yes, I needed to validate all of this by myself due to security, time, staff, trust, and reliability of the data and because we have a small budget).

With Retool, in less than 7 days I had the scenario below validated: 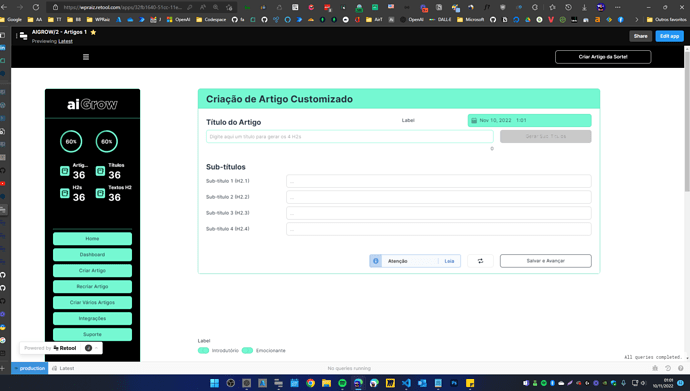 Solution with AI and ML, using datasets collected in partnership with two educational institutions (universities) and an autarchy of the Brazilian government called CFO (Federal Council of Dentistry) where the dentist send the image and the tool generates a result based on conditions displayed after requesting the Custom Vision API.
This project is on its second version, the first one used a simple form set up on WordPress and automation with Microsoft Power Automate and AI Builder from Microsoft 365.
Retool brought me the certainty that I would be able to do a much easier integration, using the Azure Custom Vision endpoint with the newly trained model.

This is a sample app I decided to create to show on Youtube some of what we can do with Retool and also to pay homage to my 3-year-old son, João, because it's with him that I share my moments creating images with Dall-e since we entered Beta, in July. 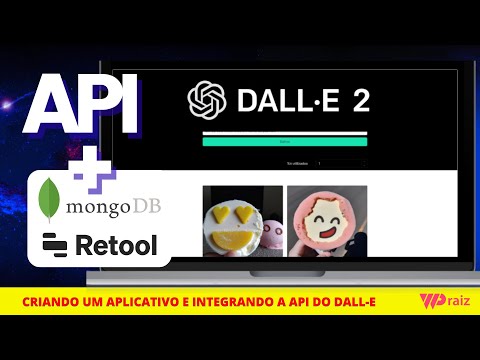 Hi @wpraiz_staff welcome to the community and thanks for sharing what you've built on Retool! This is a very interesting use case, and you're probably our first dentist-turned-developer on the platform.

Very cool to see how dentists can use the app-- my followup question would be that once a dentist sends an image, what kinds of results are they expecting to receive? More specifically, what kinds of data is the Custom Vision API supplying?

Thanks again for sharing this and I look forward to seeing more of how Retool is helpful for you (and of course, we love feedback and questions too :))

I am very happy

to receive my first reply on the Retool Forum and especially for asking about Odontofy!

Below are the main items about this project, a short video comparing the June model with the current one (lobe vs custom vision), in a non-objective way because the patterns were different and we classified the current dataset differently.

Knowing this, let's get down to business: